Our instructing team > About the instructors 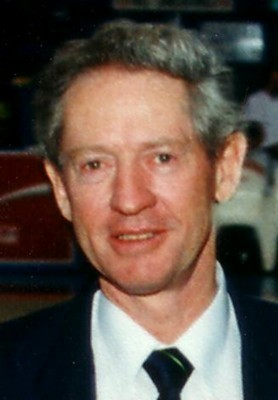 Malcolm was born in 1940 and started his judo career at 15 years of age at 'Stennings Gymnasium' in Flinders Street, Melbourne.  He then moved to Oakleigh Youth Club.  Later Malcolm transferred to Caulfield Judo Club and received coaching from such notable judo instructors, Keven Todd and Arthur Moorshead, with many visits to the clubs run by Bob Todd and Frank Dando.  Malcolm also came under the instruction of sensei Shinojima (8th Dan), both in Australia and Japan.

Malcolm had the opportunity to travel to Japan and Europe through business and so was also able to train at judo clubs wherever he stayed.  The combination and influence of such high level coaching has resulted in Malcolm developing into one of the most respected judo coaches in Victoria and Australia

For 30 years Malcolm and his wife Lynnette (Yondan) deveoped Southern Judo,into one of the most successful judo clubs, producing over 10,000 members and 24 Dan grades.  Malcolm and Lynnette's three sons, Warwick (Sandan), Davin (Nidan) and Kelvin (Shodan), all asisted in this great achievement.  Southern merged with Bentleigh judo club in 1997.

Malcolm Not only loves the sport, but also loves teaching judo and helping the young develop their confidence, prowess and possibly find their niche in life.

My Hobies and Interests
Other than judo I am a keen golfer and golf rules official, was a 'fun' squash player, and have some expertise in computer technology and gardening.

Why Judo
It has stimulated me and affected my whole way of life.

My One Wish in Judo
No continual jostling for personal power.  Everybody working together for the benefit of the sport, not for their own benefit.

My Future Goals
Would like to see Bentleigh-Southern continue to prosper by developing new and existing instructors.

My Advice to Young Judoka
When your competition days are over give back to judo all that it gave to you.  Become involved in the many ways that you can serve the sport.